Several years ago I had the honour of being the Master of Ceremonies at the Explorer’s Club Annual Dinner in New York.  The Club, which is over a century old, has counted amongst its members adventurers like Edmund Hillary, Neil Armstrong, Jane Goodall, and Theodore Roosevelt. After hobnobbing with astronauts and pre-eminent world adventurers, I felt compelled to learn about the eleven greatest explorers of all: 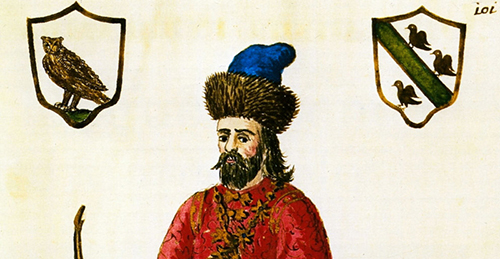 Marco Polo
A great explorer named Roald Amundsen once said: “adventure is just bad planning.”   In the days of Marco Polo, a 13th century teenager journeying into the unknown with his father and uncle, an adventure was all but guaranteed.  Polo returned to his native Venice 24 years after he set out, having travelled further into Asia than any European before him.  Polo’s stories inspired people with tales of exotic lands, strange civilizations, and curiosities like paper money, eyeglasses and spaghetti.  Although it is odd that he never wrote about The Great Wall of China, or tea, his writings inspired the imaginations of countless explorers to come, including Christopher Columbus. 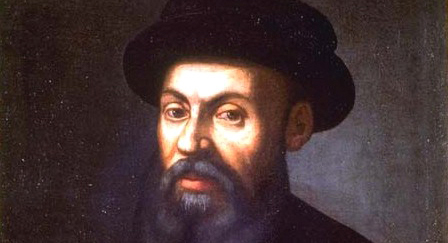 Magellan
Portugal gave the world many of its great explorers, such as Magellan, the first navigator to cross the Pacific, and lead an expedition that ultimately circumnavigated the globe. The Age of Discovery was not for the faint-hearted.  Some 232 sailors died on Magellan’s expedition, including Magellan himself, who was hacked to pieces by a tribe in the Philippines.  Although Portuguese, Magellan was funded by rival Spain in his quest to open new spice routes.  The expedition discovered the need for an international date line, and reported of unknown creatures like the penguin and llama.  While the great voyage did not reap the material benefits Spain had wished, it did establish the true scale of the planet.

Captain Cook
During three great voyages in the late 18th century, Cook became the great discoverer of the Pacific Islands and beyond.  On his first voyage, his crew mapped New Zealand and became the first Europeans to see Australia’s east coast.  Surviving the rigors of sea and the malaria that claimed many of his crew, Cook returned home before embarking on his second voyage, crossing the Antarctic Circle, returning to New Zealand before discovering the islands of Vanuatu, New Caledonia, along with Easter and Norfolk Island.  Here is a man who clearly was immune to seasickness.  His final journey brought him to North America, where he sailed along the Alaska and the coast of what is now British Columbia.  Cook was the first European to discover Hawaii, and it here where he met his fate at the hands of hostile natives.  Considering the length of his adventure and the scale of his journey, it is remarkable that Cook survived as long as he did.   The Cook Islands, which he discovered in 1773 as the Hervey Islands, was renamed in his honour in the 1800’s.

Richard Francis Burton
Before Richard Burton the actor, there was Sir Richard Francis Burton, the great British explorer.  Here is a man who could communicate in 29 European, Asian and African languages, who brought the Karma Sutra to the scandalized Victorian era, and who got circumcised during his successful plan to experience the Hajj to Mecca.  During his African adventures, Somali warlords impaled his face with a spear, leaving an intimidating scar. He searched the source of the Nile, discovered Lake Victoria, and survived the politics and spats of the conservative Royal Geographical Society.  Devoted to eastern religions and breaking sexual taboos, many of his journals were ironically burned by his wife after his death, perhaps scandalized by what she had read. 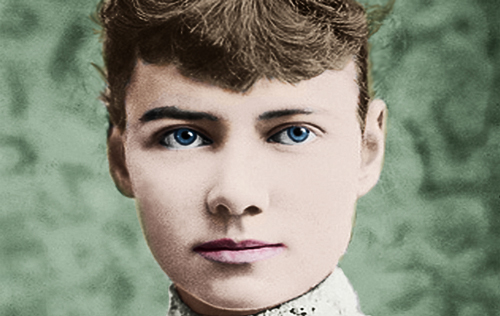 Nelly Bly
The domain of great explorers is not limited to men.  Think of Amelia Earhart, or Junko Tabei who became the first woman to climb Everest and all seven summits.  Gertrude Bell, Isabella Bird, Mary Kingsley, and young Laura Dekker, who sailed the world solo at the tender age of 15.  In 1890, 26 year-old American journalist Nelly Bly set the world record for the fastest trip around the world.  Inspired by Jules Verne, she completed the journey from England, through Europe, Asia and onwards to North America in 72 days, travelling primarily by rail and steamboat.  Spare a thought for Canada’s own Aloha Wonderwell, once marvelled in the media as “the world’s most travelled girl.”   Her remarkable life, which includes being the first women to drive across India as well as Cape Town to the Nile, reads like a big budget Hollywood movie just waiting to happen. 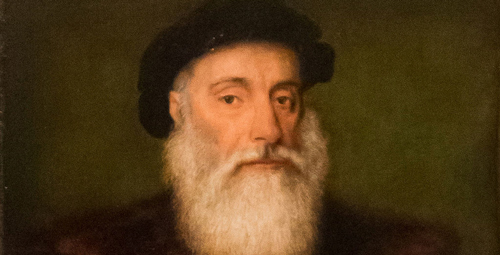 We return to the Great Age of Discovery where Portuguese navigator Vasco da Gama sailed from Europe to Africa, before pointing his ships east into unchartered territories.   The surviving crew had already sailed 6000 miles of open ocean, more than anyone before them.  Now they made their way up the East Coast of Africa, encountering hostile sultans before crossing the Indian Ocean to land in India just 23 days later.  After a less than favourable welcome, unfavourable winds resulted in it taking 132 days for the return crossing, by which time half the crew were dead.  Although da Gama eventually returned to a hero’s welcome in Portugal, his subsequent actions were far from heroic.  Returning to India several years later, he became known for his brutality, massacring innocents along the way, mutilating prisoners, and failing to secure peaceful trade with the Indian sub-continent. 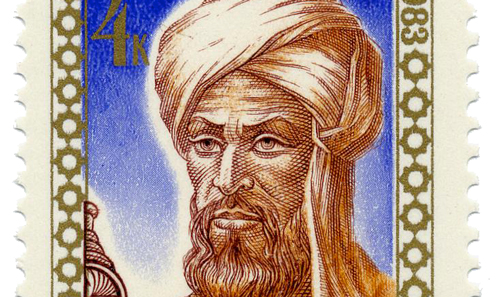 Ibn Battuta
Why is it that kids play the tag game “Marco Polo” and not Ibn Battuta?   Here was a near contemporary who travelled more than 73,000 miles in an age of sailboats and mules, who explored most of the known Islamic world including North and West Africa, South and Eastern Europe, South, Central and Southeast Asia as well as the Middle East and China.  It took him 30 years to visit today’s equivalent of 44 countries, aided by large caravans of unfortunate slaves for trading along the way.    Ibn Battuta’s adventures were recounted from memory in a great tome called the Rihla, but scholars have since questioned some of his claims.  The book lay in obscurity before it was rediscovered and translated in the 19th century, firmly establishing Ibn Battuta as one of history’s greatest travellers.

Aloha Wanderwell
Someone call Angelina Jolie.  You’ve probably never heard of a young Canadian lass named Idris Hall, aka Aloha Wanderwell.  Still a teenager, she hopped into a Model T Ford and drove through 75 countries in the 1920’s.  They called her “The World’s Most Travelled Girl.”   An early filmmaker, Aloha captured her husband and two kids as they explored the world.  Did she have adventures?  Stranded in Brazil, she lived with and documented the Bororo people.  Trying to find fuel (never mind roads) in the 1920’s, she used crushed bananas and animal fat for fuel.   Her husband was mysteriously murdered.  Apparently, she cut her hair and fought for the French Foreign Legion. She flew a seaplane.  In Indochina, she had to shoot her way out of a gauntlet of angry elephants.  She died in obscurity, and you’ve probably never heard of her. Even with a name like Aloha Wanderwell. 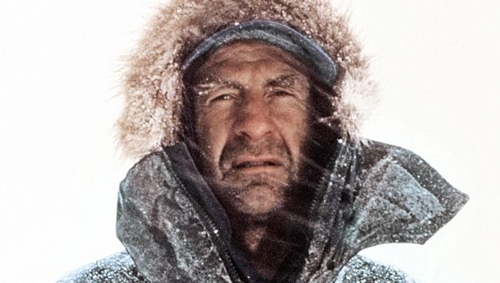 Sir Ranulph Fiennes
You’ll notice that everyone on this list is no doubt enjoying the great discovery of the afterlife.  All except Sir Ranulph Fiennes, who owns the moniker of being “the world’s greatest living explorer.”  Amongst his most notable accomplishments, Fiennes was first to reach both poles, cross the Antarctic and Arctic Ocean, hovercraft the Nile, cross the Antarctic unsupported, discover a lost city in Yemen, circumnavigate the world on its polar axis,  and run 7 marathons in 7 days on 7 continents – less than 4 months after a massive heart attack.  Clearly, the old boys would be proud that today’s stock are as hard core as ever, and what’s more, Fiennes has raised millions of dollars to fight cancer.   No slaves, no mutilations, just physical prowess and a true spirit of adventure. 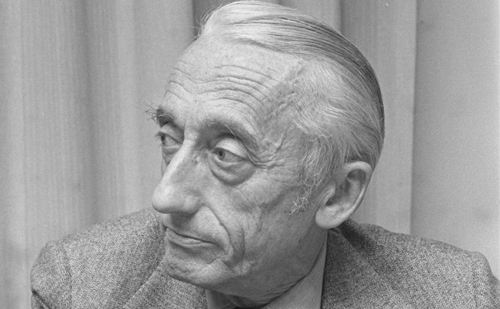 Jacque Cousteau
For all the great explorers who have explored our world on the ground and above the seas, one man stands out for his remarkable work underwater.  70% of the planet is covered in water, and Jacque Cousteau’s work to enable underwater exploration, conservation, and photography (so us landforms can see what before we could not) makes him an icon in the world of discovery.  Cousteau’s efforts resulted in modern breathing apparatus like the Aqua-Lung, while he was the first man to brave the ocean, and freshwater deeps.   Another great underwater explorer deserves mention here as well.  Dr Sylvia Earle has proved underwater is far from a man’s world:  The National Geographic Explorer-in-Residence has led over 70 expeditions, broke numerous depth records, and logged lover 6500 hours underwater.

Travel Writers
We know about many of these explorers because of the writings that have accompanied them through the ages.  Travel writers have not only experienced wild adventures, they’ve communicated them in a way that brings us all along for the ride.  Among the greats: Ryszard Kapuscinski, V. S. Naipaul, Paul Theroux, Bruce Chatwin, Mark Twain,  Ernest Hemingway, Eric Newby, Pico Iyer, and a few of my personal favourites, Bill Bryson, Robert D Kaplan and Jon Krakauer.   These and thousands of others have journeyed to last outposts, deep jungle and wild frontiers to bring us words and images of a brave new world.With a nod to Shackleton, Columbus, Scott, Lewis & Clarke, Fawcett, Hillary, Astronauts, Cosmonauts, and all those brave men and women who continue to push the boundaries of experience.  Hey look, apparently I’m among some of them too!